The list below are players who from the Don & Dearne region who have gone on to play at an elite level.

In the 1939 FA Cup final there were FOUR Don & Dearne players involved.  In fact they scored 3 of the goals between them in a 4-1 victory for Portsmouth against Wolves.
http://thurnscoe.dearnevalleyhistory.org.uk/article/memorable-wembley-final/

The Don & Dearne School Football Association was formed when the Dearne Valley and Mexborough Association joined together in 1947, at the instigation of Mr. Herbert Clarke. In the previous season Mexborough had won the Yorkshire Trophy Competition and Dearne Valley were the runners up.

Derek Bradley: John (Jackie) Parks played for Park Road and went on to become a Sheffield Utd apprentice. He played centre half playing up hill and centre forward playing down hill on the old Park Road pitch. He did play, I believe, for Don and Dearne, we both left school in 1959.

In 1983, it is understood that the Don & dearne did not have a representative side for the first time in many years.

If you have anymore information or photographs for this page, please fill in the Contact Form below.

Medal from the 1920’s before the Dearne merged with the Don! 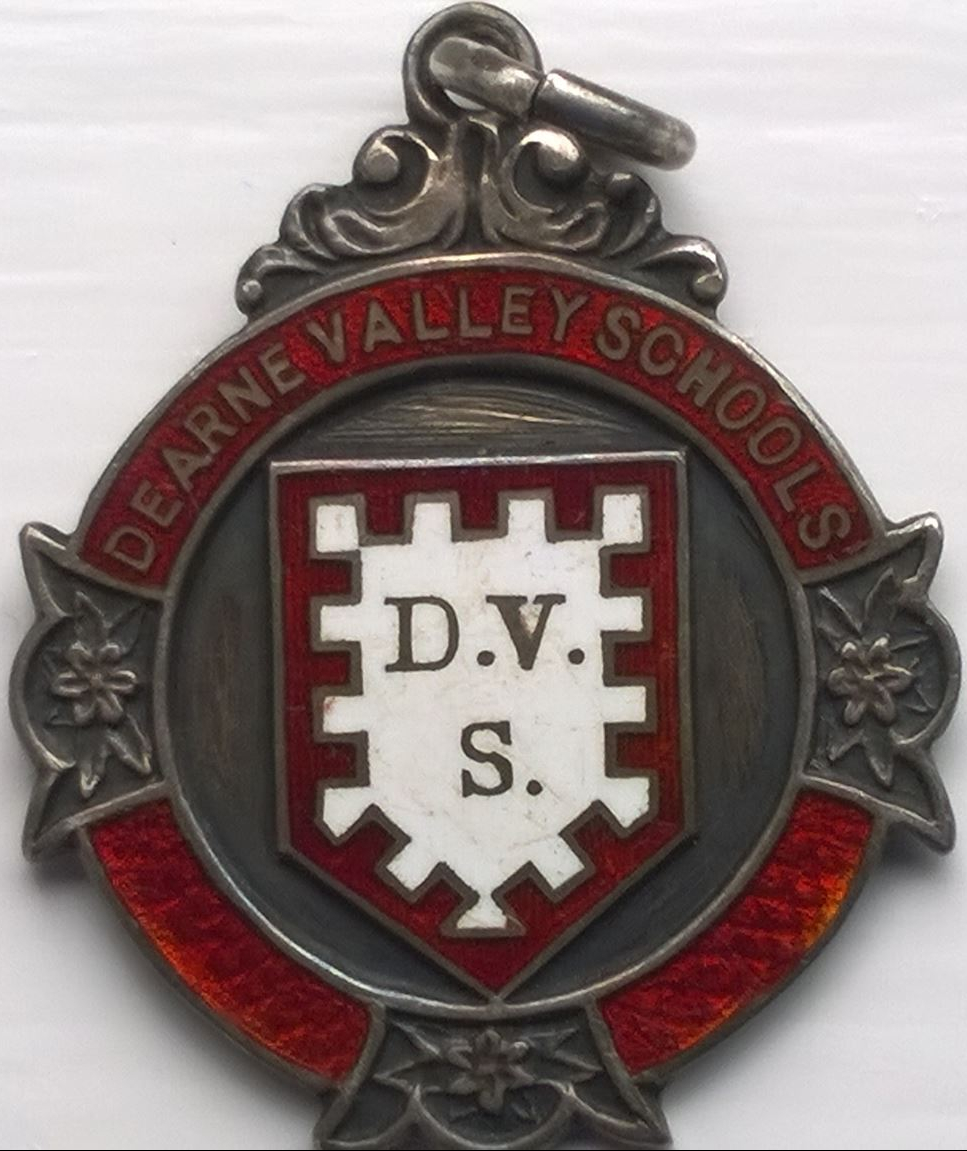